WHAT’S IN OUR NAPPY BAG? 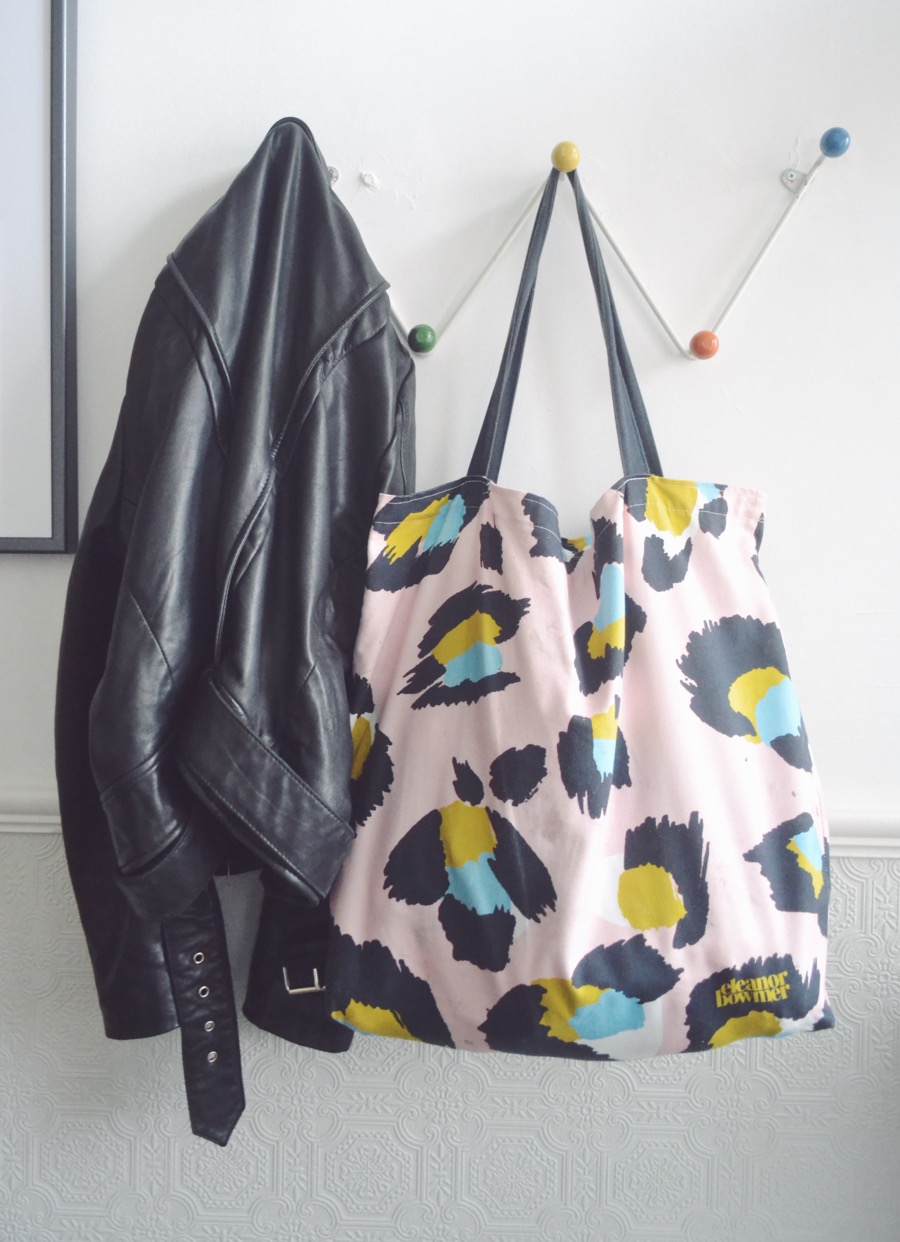 I had absolutely no idea what to put in a nappy bag (apart from nappies obv) when I had just had Eva but now it is a veritable treasure trove of baby necessities. It’s a little bit different to my usual tiny handbags with 17 different lipsticks, debit card, phone and my keys so I thought I’d share because I’m nosy and love to read posts like this!

I am a stubborn person and decided not to get an actual nappy bag as I didn’t want to compromise on what I actually wanted. Which turns out was a big, bright Eleanor Bowmer leopard print tote bag, the dream. You can also get these personalised with an initial but I bought mine before we’d decided on Eva’s name so just got a plain one. But also being a reasonably organised person, I bought a felt bag organiser insert from Amazon so it’s not absolute chaos inside.

I quickly realised I needed a constant supply of water, I was getting dehydrated so quickly when we were out and about thanks to breastfeeding and forgetting to look after myself so I have a little Caudalie bottle I got free with an order to keep me going. I also have an umbrella because Manchester weather is very soggy, it’s one that you can open with a button with one hand, vital when you have a tiny person on the other! I always have an extra tote bag for shopping (let’s be honest, pretty much just biscuits from Aldi), a pen because I always have a pen (my favourite Hay one) and my Paul Smith card wallet for purchasing said biscuits. Though I usually use Apple Pay on my phone as it’s usually in my pocket and easier to get to.

I always have a couple of hats (one is usually on her head), a light one for the car if it’s chilly and a woolly one for when we’re outside. The woolly one was 49p from Aldi which I am very happy with and the light one is from Gap and it has ears, delightful. They have them in loads of colours but the pink ones are here.

I have a stash of medical type things including Paracetamol for me (to battle the sleep deprivation headaches and new braces aches) and Snufflebabe for her (we’ve been using Snufflebabe drops since she was born and it is the BEST for clearing little noses). I also have hand sanitiser (because nappies) and hand cream as I get really dry skin with the constant hand washing. I always get dry lips too so I have a Glossier balm dotcom in original and Glossier Generation G lipstick in Cake for a bit of colour if I’m particularly sleep deprived, need to feel human or both. You can get 10% off your first Glossier order using my link too if you fancy!

Obviously I have a stash of nappies, usually Pampers or Aldi ones, I keep them in a little bag which I got with a set of packing cubes. I usually take a nappy for every 2 hours we’ll be out just in case and have some cotton pads in there too. I also have a pack of wipes, I bulk buy the Huggies ones from Amazon.

Muslins are the best. I keep a stash of the Etta Loves sensory muslins in my nappy bag as Eva loves playing with them as well as them being useful, a bit of a two for one! I also have an extra cellular blanket in case it’s colder than I expected or if we’re in the cinema and she wants a cuddly snooze.

I always have a little book and toy/teether with me to keep her happy and entertained if I need to eat or talk to someone, basic human rights like that! She also has a Freddie the Firefly on her car seat which she loves to attack.

I also have a few extra bits and bobs like cereal bars in case I don’t get a chance to eat properly, chewing gum, sanitary towels (you never know after you’ve had a baby!) and an extra set of clothes or babygrow for Eva in case of any poo explosions.

So that is the riveting tale of what I cart around with me when we’re out and about! I’d love to know what you have in your nappy bag or handbag, I’m so nosy!

THE 14 DAYS TO A TIDY HOME CHALLENGE